In this Article, you remember:

The existing ST communities demanded that the government freeze the list of ST (plains) for good and resolve the issue of the six communities – Koch-Rajbongshi, Tai Ahom, Chutia, Matak, Moran, and Tea Tribes – in a manner that will not hamper the rights and interests of existing tribes.

The framers of the Constitution realized that certain communities in the country were suffering from extreme social, educational and economic backwardness on account of the primitive agricultural practices, lack of infrastructure facilities and geographical isolation.

Based on Article 342, Parliament enacted THE CONSTITUTION (SCHEDULED TRIBES) ORDER, 1950 which contains a list of tribes or groups designated as Scheduled Tribes. This Order is amended from time to time to include more groups or communities within the ST Fold. 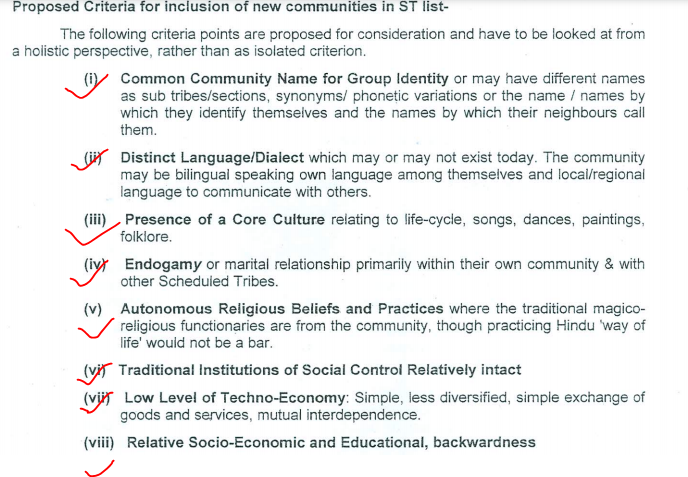 The UN World Food Programme (WFP), UN agency, which provides lifesaving food assistance to millions across the world – often in extremely dangerous and hard-to-access conditions – has been awarded the 2020 Nobel Peace Prize.

What does the WFP do?

The UN agency delivers food assistance to countries around the world. The group says it provided assistance to close to 100 million people in 88 countries last year who were victims of acute food insecurity and hunger. 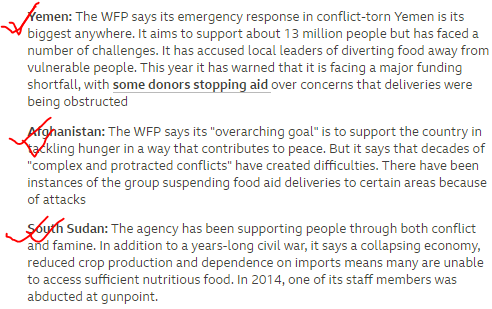 WFP is governed by a 36-member Executive Board. It works closely with its two Rome-based sister organizations, the Food and Agriculture Organization of the United Nations and the International Fund for Agricultural Development. WFP partners with more than 1,000 national and international NGOs to provide food assistance and tackle the underlying causes of hunger.

World Food Programme is the UN agency focused on hunger alleviation and food security. Globally, it responds to emergencies making sure food reaches where it is needed, especially in times of civil strife and natural disasters.

In India, WFP has been working in India since 1963, with work transitioning from food distribution to technical assistance since the country achieved self-sufficiency in cereal production. With the Government now providing its own food distribution systems, our work focuses on supporting the strengthening of these systems to ensure they become more efficient and reach the people who need them most.

What the World Food Programme is doing in India?

WFP is working to improve the efficiency, accountability and transparency of India’s own subsidized food distribution system, which brings supplies of wheat, rice, sugar and kerosene oil to around 800 million poor people across the country. WFP ensures that food reaches those who need it most, working with the Government to reform and strengthen the system, which is one of the world’s largest. 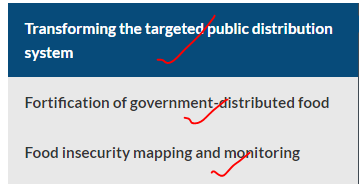 Also see, the United Nations and the International Fund for Agricultural Development

The International Fund for Agricultural Development (IFAD), a specialized agency of the United Nations, was one of the major outcomes of the 1974 World Food Conference. The conference was organized by the United Nations in response to the food crises of the early 1970s, when global food shortages were causing widespread famine and malnutrition, primarily in the Sahelian countries of Africa.

IFAD’s Strategic Framework 2016-2025 sets out how we will work over the coming decade in order to play a crucial role in the inclusive and sustainable transformation of rural areas.

IFAD has 177 Member States comprised of developing, middle and high-income countries from all regions of the world who are dedicated to eradicating poverty in rural areas.

The Supreme Court has sought a response from the National Commission for Protection of Child Rights (NCPCR), to its request to eight States for immediate repatriation of children living in care homes with their families.

The NCPCR on September 24 issued letters to the district authorities in eight states, setting off a process to restore children lodged in Children Care Institutions back to their families after a review by the Child Welfare Committees.

Many civil society organizations have called for the withdrawal of the letter and have stated that it is against the purpose, principles and spirit of the Juvenile Justice (Care and Protection of Children) Act, 2015.

What has the Court asked now?

The Court asked the NCPCR to respond why such repatriation of the children to their families should not be done on an individual basis.

The court also wondered whether the NCPCR could issue such general directions to the States without considering the education, health, safety of the children, the consent of their parents and their economic situation.

About National Commission for Protection of Child Rights

The Commission’s Mandate is to ensure that all Laws, Policies, Programmes, and Administrative Mechanisms are in consonance with the Child Rights perspective as enshrined in the Constitution of India and also the UN Convention on the Rights of the Child.

National Commission for Protection of Child Rights has been mandated under Section 31 of the Right of Children to Free and Compulsory Education Act, 2009:

As per the Section 27(1) of Juvenile Justice (Care and Protection of Children) Act, 2015 (JJ Act), Child Welfare Committees (CWCs) are to be constituted by State Government for every district, for exercising the powers and to discharge the duties conferred on such Committees in relation to children in need of care and protection under JJ Act, 2015.

Composition of the committees:

The Committee shall consist of a Chairperson, and four other members as the State Government may think fit to appoint, of whom at least one shall be a woman and another, an expert on the matters concerning children.

All important concepts has been covered till now. Wait for updates.

The Reserve Bank of India (RBI) has said it will conduct on-tap targeted long-term repo operations (TLTRO) for an amount of Rs 1 lakh crore to ensure comfortable liquidity conditions in the system.

First, we will understand LTRO, then TLTRO, finally TLTRO 2.0.

RBI has announced a new liquidity facility under Long Term Repo Operations (LTRO) to inject liquidity in the banking system. The new policy tool comes in the context of the RBI’s limitations in cutting its policy rate as well as its desire to enhance liquidity of the banking system and promote lending activities of banks.

How is it different from LAF and MSF?

While the RBI’s current windows of liquidity adjustment facility (LAF) and marginal standing facility (MSF) offer banks money for their immediate needs ranging from 1-28 days, the LTRO supplies them with liquidity for their 1- to 3-year needs. LTRO operations are intended to prevent short-term interest rates in the market from drifting a long way away from the policy rate, which is the repo rate.

Purpose of the TLTRO is to ensure that there is enough liquidity in markets like corporate market and their yield are not going up in the context of the Covid set back.

Corporate are finding difficult to mobilise funds as there are large sell off corporate bonds and other instruments in the context of the Covid 19 pandemic and the incoming economic risks. So, providing liquidity to the corporate bond market is the sharp objective of the TLTRO mission.

What is the context of the introduction of TLTRO?

In the context of the COVID-19 investors made large selloffs (sell-off occurs when a large volume of securities are sold in a short period of time) in the domestic equity, bond and forex markets. This has led to higher yield on instruments such as corporate bonds, commercial paper and debentures.

To counter the high cost trend in corporate fund mobilization, the RBI provided funds to banks at concessional rate and for a higher tenure so that the banks can invest these in corporate bonds.

On Mach 27, 2020, the RBI launched TLTRO to provide liquidity in the corporate bond market through banks. Four tranches were completed on April 17, 2020. In a similar step, the RBI also conducted a TLTRO 2.0 for supporting fund injections to NBFCs through banks.

What is difference now between TLTRO and TLTRO 2.0?

Under TLTRO scheme, banks must invest the money borrowed under TLTROs in the purchase of securities from primary/secondary market. On the other and, in the case of TLTRO 2.0 which is another version of TLTRO, banks have to invest in debt instruments issued by NBFCs and MFIs.

The reason RUDRAM was tested off a Su-30 is because the jets constitute the largest fighter fleet in the IAF and have a carrying capacity second only to the newly-inducted Rafales’. Currently, the IAF uses Russian-origin Kh-31 R anti-radiation missiles, which are deployed with Su-30s too.

RUDRAM is the first indigenous anti-radiation missile of the country and has the capability of varying ranges based on launch conditions.

What is an anti-radiation missile?

An anti-radiation missile can take out designated targets that emit radio frequency, including radars and jammers.

In accomplishing the significant landmark, India joined the likes of the United States, Russia, Brazil, China, United Kingdom and Iran who all boast indigenous ARM missiles in their armory.

You don’t need more than this.