The recent incident in Hathras highlighted the issue of atrocities against the marginalized communities, especially the SCs. Data from the NCRB indicates that the reported atrocities against SCs increased by around 19% between 2015 & 2019.

In this story, we take a look at the trends in reporting of Crimes/Atrocities against the Scheduled Castes (SCs) over the years and across the states. The data is collated from the NCRB’s (National Crime Records Bureau) annual Crime in India (CII) reports.

Although UP reported highest number of these crimes, crime rate is the highest in Rajasthan

As per the 2011 census, there are around 20 crore persons belonging to the Scheduled Castes (SCs). In 2019, a total of 11.8 thousand crimes against SCs were recorded in Uttar Pradesh, which is more than a quarter of the total crimes against SCs in the country.

Rajasthan has the highest Crime Rate of atrocities committed against the SCs with 55.6 crimes per one lakh SC population. 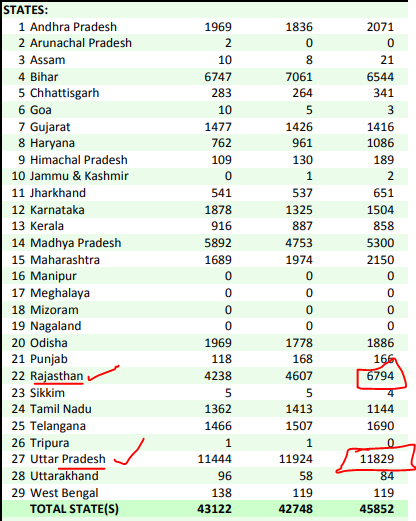 Crimes against SCs were reported are under different sections of category 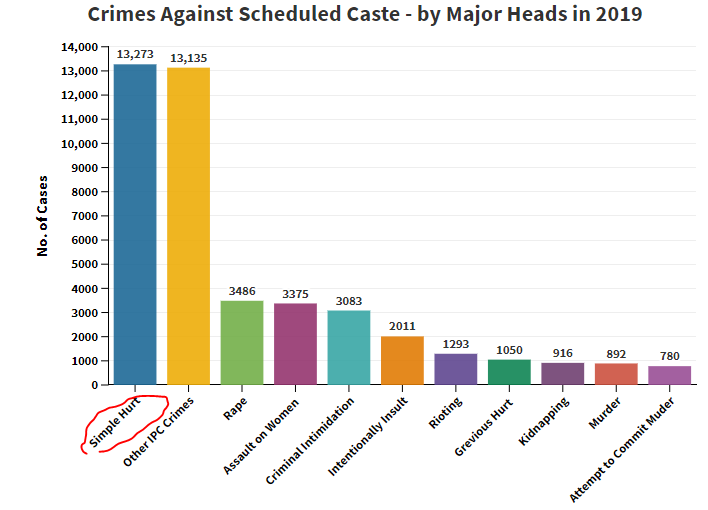 Under reporting of cases

In a report titled ‘Access to Justice for Dalits in India’, the challenges faced by victims of the marginalized communities to get a case registered with the police for a crime committed against them, are highlighted. 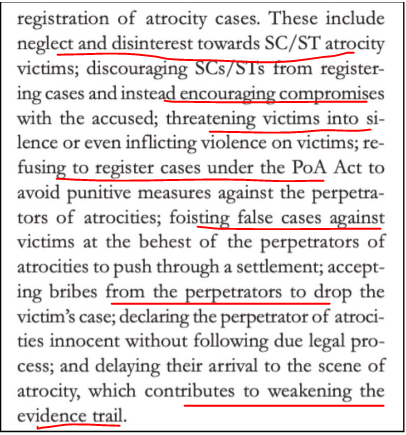 The actual number of crimes is difficult to estimate in the wake of widespread under reporting. This also raises serious questions around the numbers being reported officially. We will conclude now. We have covered women, crimes in previous Current Affairs section. We will continue with other left groups. Keep following.

Precision agriculture (PA) is an approach to farm management that uses information technology (IT) to ensure that the crops and soil receive exactly what they need for optimum health and productivity. The goal of PA is to ensure profitability, sustainability and protection of the environment. PA is also known as satellite agriculture, as-needed farming and site-specific crop management (SSCM).

A key component of this farm management approach is the use of information technology and a wide array of items such as GPS guidance, control systems, sensors, robotics, drones, autonomous vehicles, variable rate technology, GPS-based soil sampling, automated hardware, telematics, and software.

Why Precision Farming is important for farmers in India?

In India, one major problem is the small field size. More than 58 per cent of operational holdings in the country have size less than one hectare (ha).

Only in the states of Punjab, Rajasthan, Haryana and Gujarat do more than 20 per cent of agricultural lands have an operational holding size of more than four ha. Commercial as well as horticultural crops also show a wider scope for PA in the cooperative farms. So., we need more yields from less space.

Precision farming is an approach where inputs are utilized in precise amounts to get increased average yields, compared to traditional cultivation techniques. 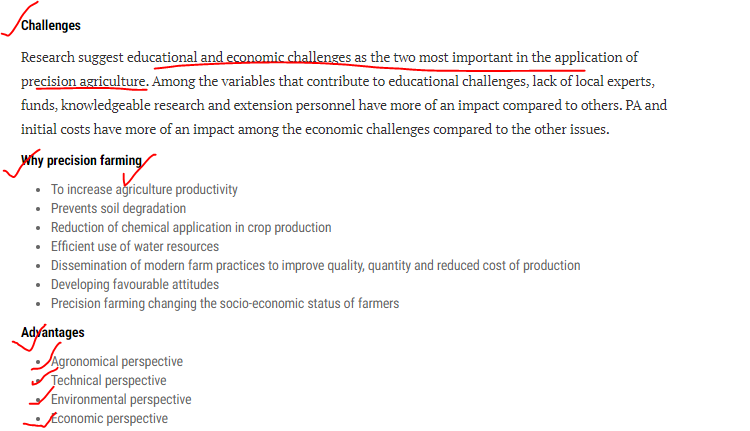 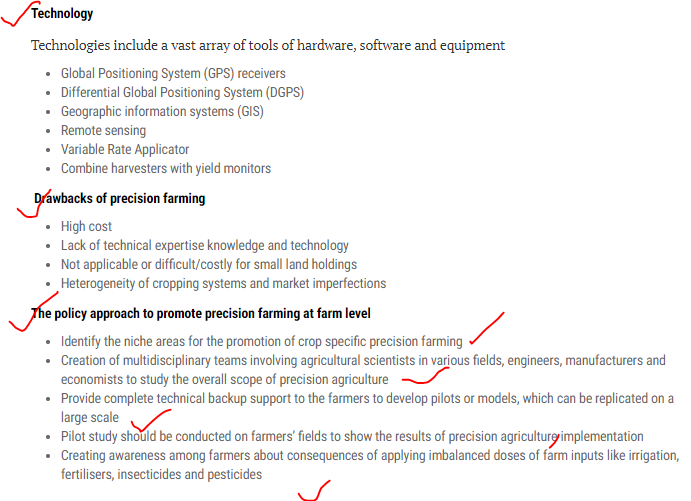 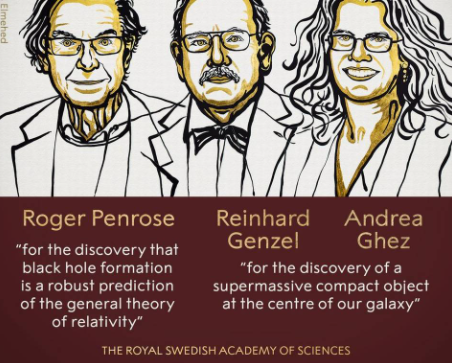 The 2020 Nobel Prize in Physics has been awarded jointly to mathematical-physicist Roger Penrose (British), and the duo of Reinhard Genzel (German) and Andrea Ghez (American), all for their work in the field of black holes.

Roger Penrose received half of this year’s prize for the discovery that a black hole formation is a robust prediction of the general theory of relativity.

Genzel and Ghez shared the other half of the prize for their discovery of a ‘supermassive compact object’ at the centre of the Milky Way. This is thought to be our galaxy’s central supermassive black hole, called Sagittarius A*

Black holes are objects in spacetime where gravity is so strong that not even light can escape. A black hole is a singularity. At singularities, all laws of physics, as we know them, break down.

Since the 1930s, it was known that there was a strong source of radio waves at the heart of the Milky Way, coming from the direction of the constellation Sagittarius.

Ghez is the fourth woman to win the physics Nobel. The three previous women winners of the prize were Marie Curie for radiation (1903, shared with Pierre Curie and Antoine Henri Becquerel), Maria Goeppert Mayer for modelling the nuclear structure (1963, shared with J. Hans D. Jensen and Eugene Wigner), and Donna Strickland, for chirped pulse amplification in lasers (2018, shared with Gérard Mourou and Arthur Ashkin).

The Stockholm Convention is a global treaty to protect human health and environment from POPs, which are identified chemical substances that persist in the environment, bio-accumulate in living organisms, adversely affect human health/ environment and have the property of long-range environmental transport (LRET).

Why POPs are dangerous?

Persistent Organic Pollutants (POPs) are organic chemical substances, that is, they are carbon-based. They possess a particular combination of physical and chemical properties such that, once released into the environment, they:

Now India with respect to POPs.

India had ratified the Stockholm Convention on January 13, 2006 as per Article 25(4), which enabled it to keep itself in a default "opt-out" position such that amendments in various Annexes of the convention cannot be enforced on it unless an instrument of ratification/ acceptance/ approval or accession is explicitly deposited with UN depositary.

Considering its commitment towards providing safe environment and addressing human health risks, the Ministry of Environment, Forest and Climate Change (MoEFCC) had notified the 'Regulation of Persistent Organic Pollutants Rules, on March 5, 2018 under the provisions of Environment (Protection) Act, 1986.

The Cabinet's approval for ratification of POPs demonstrates India's commitment to meet its international obligations with regard to protection of environment and human health. It also indicates the resolve of the Government to take action on POPs by implementing control measures, develop and implement action plans for unintentionally produced chemicals, develop inventories of the chemicals' stockpiles and review as well as update its National Implementation Plan (NIP).

The Union Cabinet chaired by Prime Minister Shri Narendra Modi has approved the Policy framework on reforms in exploration and licensing sector for enhancing domestic exploration and production of oil and gas.

The objective of the Policy is to attract new investment in Exploration and Production (E&P) Sector, intensification of exploration activities in hitherto unexplored areas and liberalizing the policy in producing basins.

Considering stagnant/declining domestic production of oil and gas, rise in import dependence and decline in investment in E&P activities, the need to bring further policy reforms was felt. The policy reforms focus on four major areas.

Through this policy, a transparent, investor friendly and competitive policy framework is envisaged to accelerate exploration activities and provide impetus to expeditious production of oil and gas.