With the Government of India and the Indian Council of Agricultural Research paying attention to coloured cotton research in the recent years, there could be a commercial release in 2021. The promise of release of naturally-coloured cotton from India could help reduce the environmental pollution caused by dyes. As colour dyes pollute more water bodies and damage the environment, the search for fabric that is naturally coloured and can be grown organically (as cotton uses a lot of pesticides) has gained momentum.

Similar developments in other countries:

Recently, an important breakthrough was achieved in Australia, and its two billion-dollar cotton industry is anxiously awaiting new research by the Commonwealth Scientific and Industrial Research Organisation (CSIRO) scientists. The plant breeders here have genetically modified cotton to create coloured cotton in black and other rich, dark colours which could become a “game changer” in the years to come.

Since the 1980s, California-based Sally Fox, has made brown cotton famous the world over. China is already a leader in coloured cotton. However, of late the slave-factory style of production using Uighurs, has come under global censure.

Similar development can be seen in India too:

Among coloured cotton genotypes, shades of brown are more stable than green genotypes which tend to fade when exposed to the sun.

Ok, now we will learn something more about Cotton in India.

Cotton is one of the most important cash crops and accounts for around 25% of the total global fibre production. 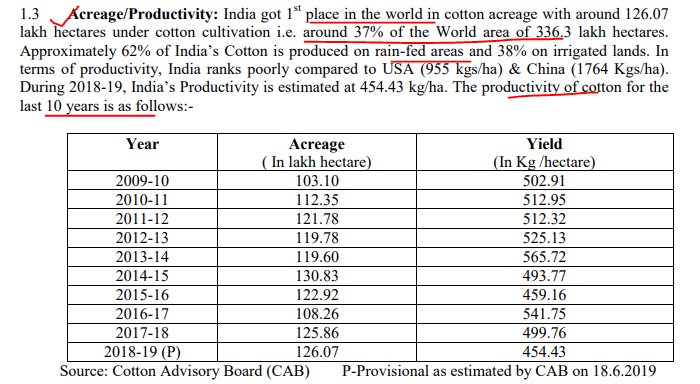 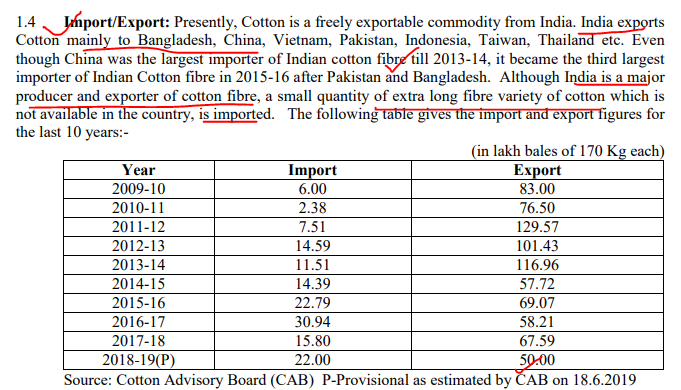 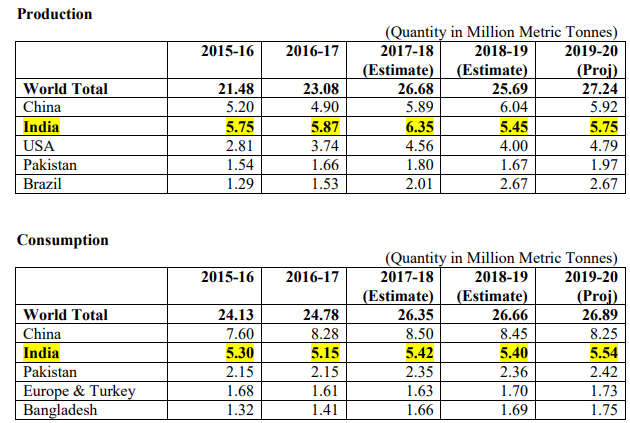 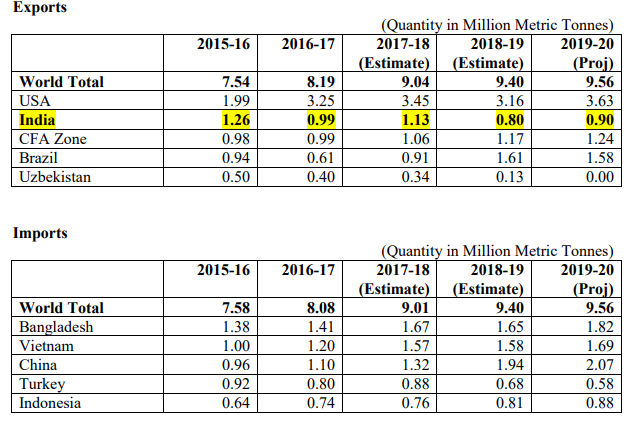 Part 1 we have covered yesterday. This article will purely help in mentioning examples of law and order, rape cases, under reporting, etc. So, read once.

In an earlier story, we looked at the numbers pertaining to cognizable and violent crimes registered in 2019 across different states.

In this story, we look at the incidence of certain violent crimes such as murder which cannot be hidden and may have near 100% reporting and compare it with the crime rate of offences against women such as rape and assault all of which may not be reported to the police. The comparison might help get a better understanding of the variance in crime rates among states and if there is any under-reporting in some states.

Around 1.05 lakh cases were booked as kidnapping and abduction in 2019, under IPC sections 363-369 and constitute over a quarter of the violent crimes. 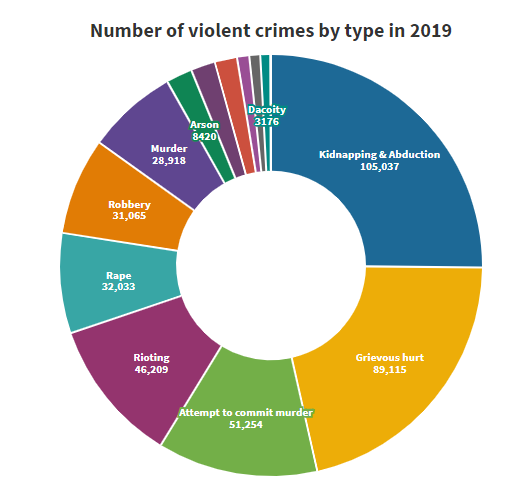 In more than 94% of the rape cases, the offender was known to the victim

A total of 12 States/UTs had a higher violent crime rate than the national rate. Delhi, Odisha, West Bengal, Haryana, Bihar, Kerala, Maharashtra, and Jharkhand which together accounted for close to 56% of the registered violent crimes. 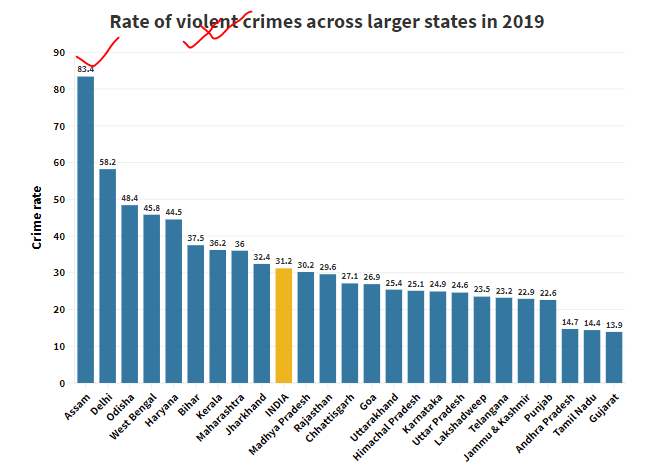 Among the violent crimes, murders and dowry deaths are the most probable ones to get reported. On the other hand, the probability of reporting in the case of rape and other crimes against women is comparatively lower because of the social stigma attached to it. Hence, these crimes tend to get under-reported as victims often do not come forward to report it. The NCRB report for 2019 indicates that in case of registered instances of rape, the offender was known to the victim in more than 94% cases meaning that the offender could be a family member, friend or an acquaintance making it more difficult for the victim to report. 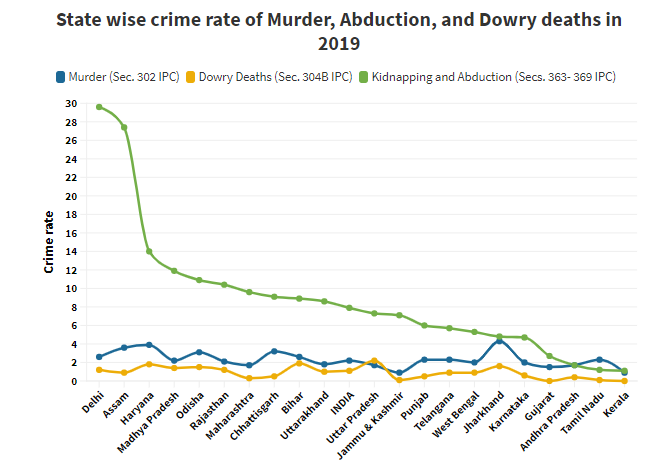 UP recorded among the lowest rate of rape cases in 2019

Uttar Pradesh and Rajasthan have recorded the highest number of rapes in the country and together constitute more than 28% of the rape cases in India in 2019.

Under cases registered under ‘Assault on women with intent to outrage her modesty’,  Delhi and Kerala are among the top five states with high rates of crime under this section whereas Bihar has recorded the least and Uttar Pradesh falls below the national rate. 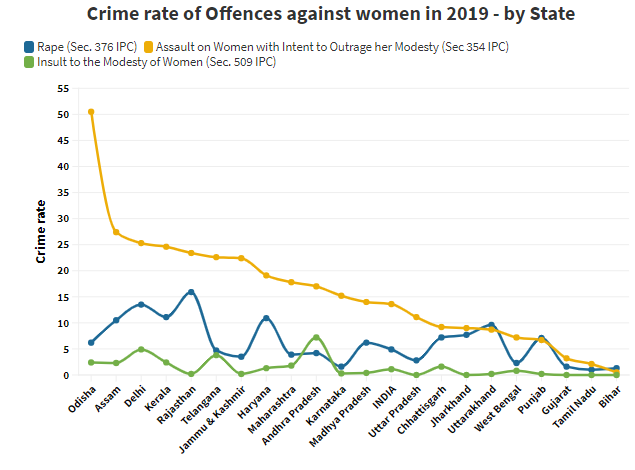 What this could mean is that in the case of crimes where there is a probability of under-reporting, crime rates in Uttar Pradesh and Bihar are on the lower side compared to the higher rates in states like Delhi & Kerala which are more literate.

What is evident is that some states like Kerala and Delhi are doing better than others in reporting and registering crimes, which may be the reason behind the higher overall crime rates.

A study conducted by TISS (Tata Institute of Social Sciences) and sponsored by Bureau of Police Research and Development (BPRD), an organization under the Ministry of Home,  titled ‘A Study on Non-Registration of Crimes: Problems & Solutions’ conducted across six states identified the following to be the reasons behind under-reporting.

All of this indicates that a higher or a lower crime rate is not at all an indicator of the functioning of the police and also does not reflect the status of the law & order in a particular state. Reporting & registration of a crime are essential for an efficient criminal justice system and steps must be taken to ensure these.

The Tata Group has announced that the Tata CRISPR test developed by CSIR-IGIB, ‘Feluda’ (Council of Scientific and Industrial Research-Institute of Genomics and Integrative Biology) had received regulatory approvals from the Drug Controller General of India (DCGI) for commercial roll- out in accordance with the Indian Council of Medical Research (ICMR) guidelines.

In this regard we will understand the CRISPR and then we will talk about FELUDA.

What is CRISPR - Cas9 technology?

CRISPR – Clustered, regularly interspaced, short palindromic repeats, is the technology and Cas9 is the protein that acts like a scissor. 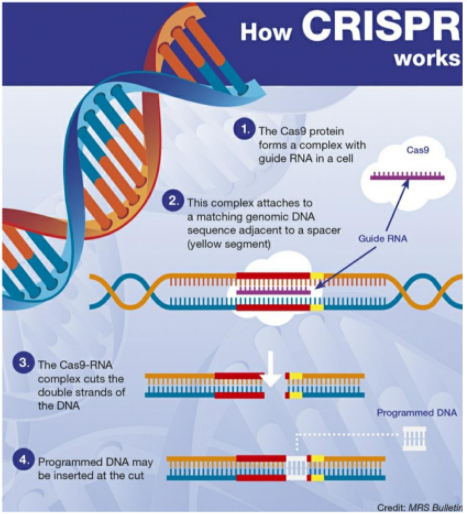 Why is FELUDA (COVID-19 Test) important?

The test has met high benchmarks, with 96% sensitivity and 98% specificity for detecting the novel coronavirus. The Tata CRISPR test achieves the accuracy levels of the traditional RT-PCR (real- time polymerase chain reaction) tests

It has quicker turnaround time, less expensive equipment, and better ease of use.

A step towards indigenization

This marks a significant achievement for the Indian scientific community, moving from R&D to a high-accuracy, scalable and reliable test in less than 100 days. It uses indigenously developed CRISPR technology for the detection of the genomic sequence of the SARS-CoV-2 virus.