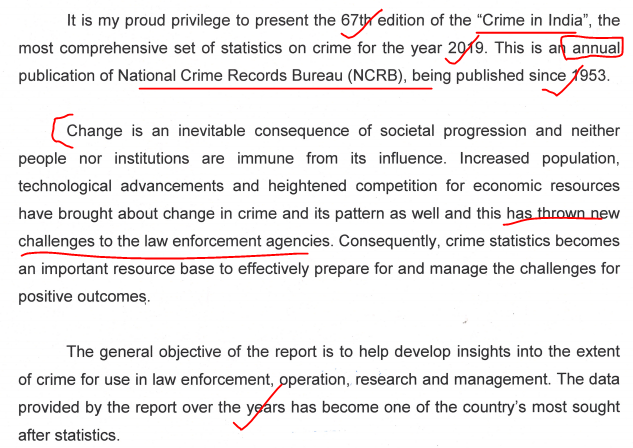 The Crime in India report of 2019 was released recently by the National Crime Records Bureau (NCRB).

The report is important as it is the only report that comprehensively covers a wide range of crime statistics across all States/UTs in the country, representing the state of crime registration, disposal etc.

Among the states, Uttar Pradesh (UP) continues to register the highest number of cognizable crimes with over 6.28 lakh cases, accounting for more than 12.2% of the national total. After UP, Maharashtra is next in line with over 5.09 lakh registered cases accounting for nearly 10% of the crimes in India followed by Tamil Nadu (4.55 lakh cases) and Kerala (4.53 Lakh cases) contributing to around 8.8% of the crimes each. 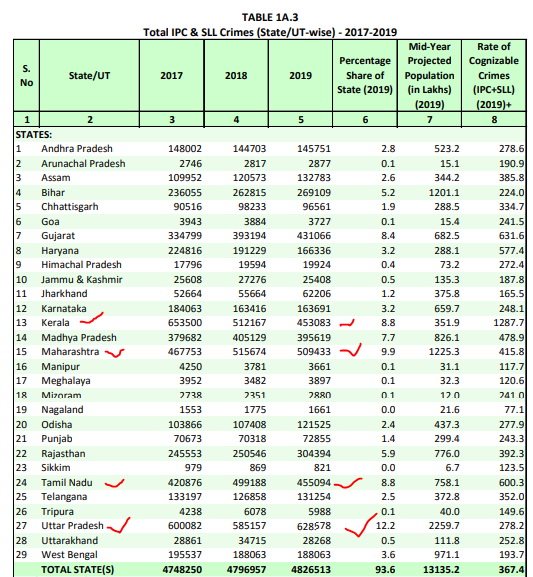 State wise crime rate reveals that Delhi was on the top with a crime rate of 1586.1 followed by Kerala with 1287.7 crimes per lakh persons. Kerala is the only state to have reported a crime rate of more than 1000. 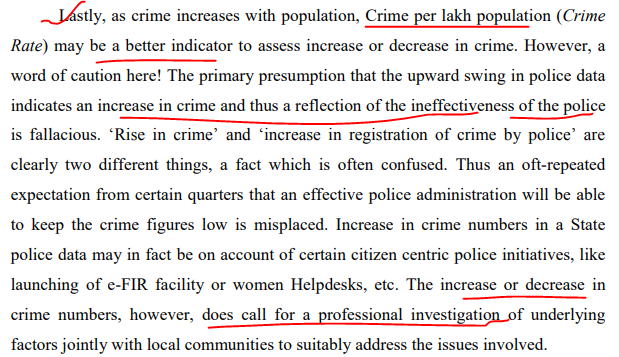 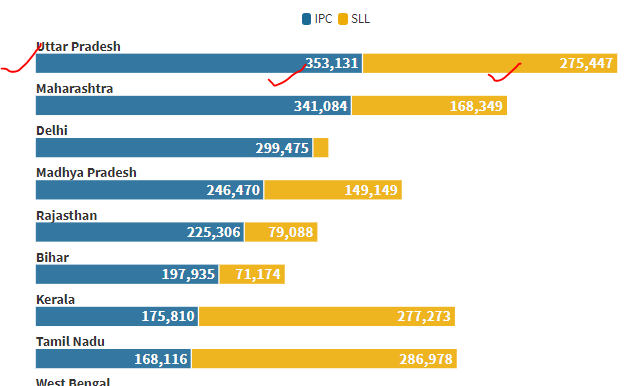 Violent crimes are an important category of crimes as categorized by the NCRB due to their grave nature. NCRB classifies crimes like Murder, Culpable Homicide not amounting to murder, Dowry Deaths, Attempt to Commit Murder, Grievous Hurt, Rape, Rioting etc. as violent crimes. 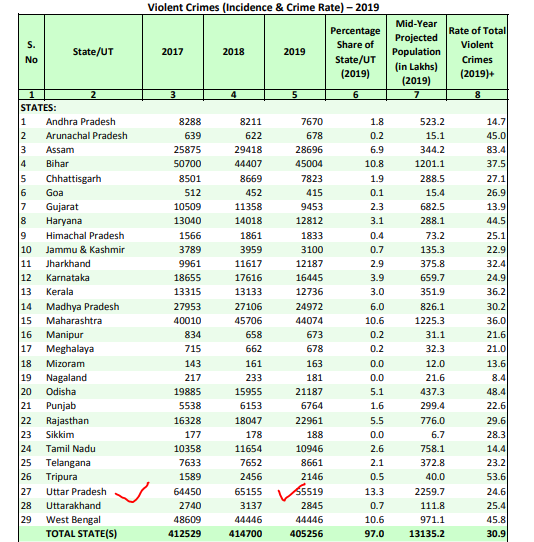 An ‘ecological disaster’ of sorts is unfolding on a black volcanic beach of the Kamchatka Peninsula in the Russian Far East, according to a report in the media outlet Siberian Times. 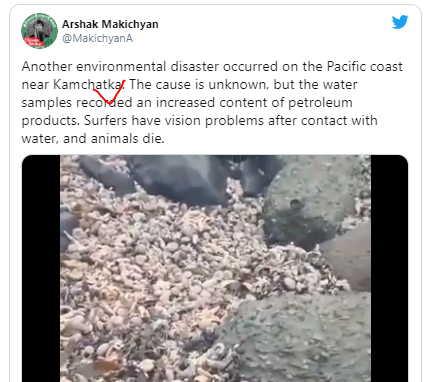 On October 3, 2020, users on Twitter also shared satellite photos showing a river in the area flowing into the Pacific Ocean. The river displayed a yellow colour. There is a training camp of the Russian military upstream. Another theory being speculated is that ships carrying oil in the vicinity had leaked it into the sea water. Kamchatka is a UNESCO world heritage site. 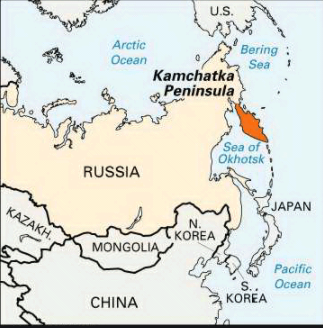 Beijing Declaration and Platform for Action

This year the world is commemorating the 25th anniversary of the Beijing Declaration and Platform for Action (Beijing+25), the most visionary agenda for achieving gender equality.

The United Nations has organized 4 world conferences on women.

The 1995 4th World Conference on Women (WCW), held in Beijing, was one of the largest ever gatherings of the United Nations, and a critical turning point in the world’s focus on gender equality and the empowerment of women.

It marked a significant turning point for the global agenda for gender equality. The Beijing Declaration was adopted unanimously the UN at the end of the 4th WCW.

Beijing Declaration is an agenda for women’s empowerment and considered the key global policy document on gender equality. 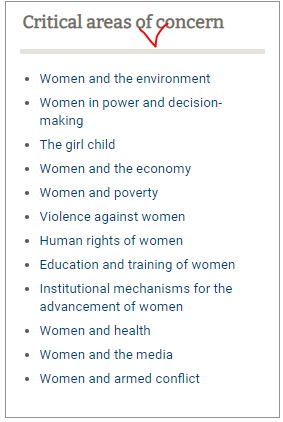 It sets strategic objectives and actions for the advancement of women and the achievement of gender equality in 12 critical areas of concern like women and health, women in power and decision-making, the girl-child, women and the environment.

Zombie fires in a warming Arctic region a worry: Study

The fire regimes in the Arctic are changing rapidly, with ‘zombie fires’ becoming more frequent in addition to fires occurring in the once-frozen tundra, according to a new study.

A ‘zombie fire’ is a fire from a previous growing season that can smoulder under the ground which is made up of carbon-rich peat. When the weather warms, the fire can reignite, according to the study by scientists from the Institute of Arctic and Alpine Research at the University of Colorado, Boulder, in the United States.

There was an urgent need to understand the nature of fires in the Arctic which are evolving and changing rapidly, the study said. In fact, the issue was so important to the climate system that it had to be taken up as an issue of global importance.

What is government borrowing?

What was the target?

The Centre had revised the borrowing target to Rs 12 lakh crore in May against Rs 7.8 lakh crore approved in the Budget 2020-21.

What is the fiscal deficit target?

The Budget has pegged fiscal deficit at 3.5 per cent for the current fiscal, down from 3.8 per cent of the GDP in the last financial year.

Last fiscal, the government had to resort to the “escape clause” in the Fiscal Responsibility and Budget Management (FRBM) Act for deviating from fiscal deficit target to 3.8 per cent from the Budget estimate of 3.3 per cent for 2019-20.

What is an escape clause?

The “escape clause” allows the government to breach its fiscal deficit target by 0.5 percentage points at times of severe stress in the economy, including periods of structural change and those when growth falls sharply.

What is government borrowing?

Borrowing is a loan taken by the government and falls under capital receipts in the Budget document. Usually, Government borrows through issue of government securities called G-secs and Treasury Bills.

Larger borrowing programme means that the public debt will go up and especially at a time when the GDP growth is subdues, it will lead to a higher debt-to-GDP ratio.